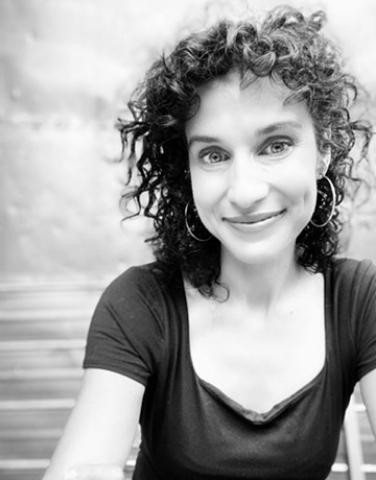 Alanna Thain is an Associate Professor of Film and Cultural Studies in the Department of English at McGill University, and is also Director of the Institute for Gender, Sexuality and Feminist Studies. Her research brings together questions of affect, media and the body, with a special focus on contemporary cinema, animation, and screendance. Her book, Bodies in Time: Suspense, Affect, Cinema (University of Minnesota Press, forthcoming) reorients the affective turn in critical theory through a careful attention to the temporal dimension of the cinematic body in films by David Lynch, Alfred Hitchcock, Lou Ye, Christian Marclay, David Cronenberg and more. She is also currently completing two other book projects, one on Canadian animator Norman McLaren, and a second on “Anarchival Cinemas”, exploring dance and performance movement on screen and on stage in post-cinematic production. Through a focus on “event ecologies” in contemporary media and performance, Thain explores encounters with media as lived experiences and provides new conceptual models for thinking cinema and other media in their movement between platforms, mediums and bodies. Her work, on figures such as William Kentridge, Marie Chouinard, and David Lynch has appeared in journals such as Intermédialités, Parallax, differences and more, and in collections such as David Lynch in Theory. She is also an editor of Inflexions: A Journal for Research-Creation.