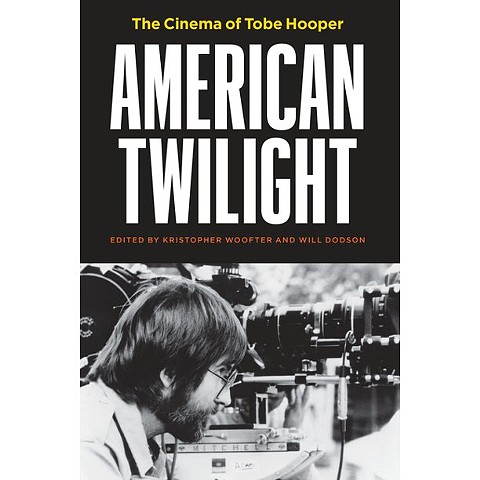 Tobe Hooper's productions, which often trespassed upon the safety of the family unit, cast a critical eye toward an America in crisis. Often dismissed by scholars and critics as a one-hit wonder thanks to his 1974 horror classic The Texas Chain Saw Massacre, Hooper nevertheless was instrumental in the development of a robust and deeply political horror genre from the 1960s until his death in 2017. In American Twilight, the authors assert that the director was an auteur whose works featured complex monsters and disrupted America’s sacrosanct perceptions of prosperity and domestic security.

American Twilight focuses on the skepticism toward American institutions and media and the articulation of uncanny spaces so integral to Hooper’s vast array of feature and documentary films, made-for-television movies, television episodes, and music videos. From Egg Shells (1969) to Poltergeist (1982), Djinn (2013), and even Billy Idol’s music video for “Dancing with Myself” (1985), Tobe Hooper provided a singular directorial vision that investigated masculine anxiety and subverted the idea of American exceptionalism.